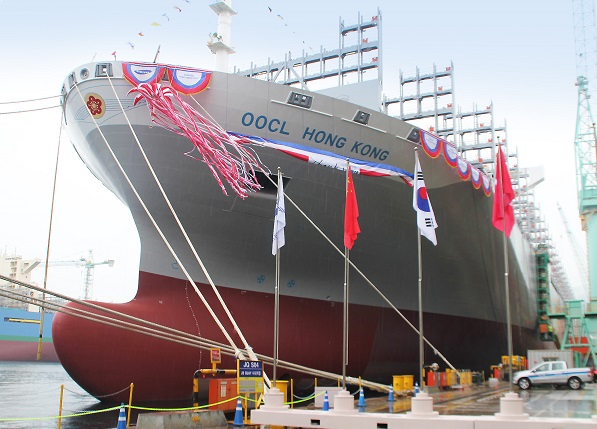 Starting with the latest addition to the global fleet of super-sized containerships, the recently-christened 21,413 teu OOCL Hong Kong has taken the title of the largest ship in the world based on its advertised nominal container intake.

However, the sea giant features 191,317 in dwt capacity, considerably lower from some of its following counterparts. The behemoth was built by South Korean Samsung Heavy Industries (SHI). Boasting a length of 399.9 m and a width of 58.8 m, the boxship will serve the Asia-Europe trade lane as part of the LL1 service. Five more of its sister ships are being built for the company at SHI and they are scheduled for delivery later in 2017. 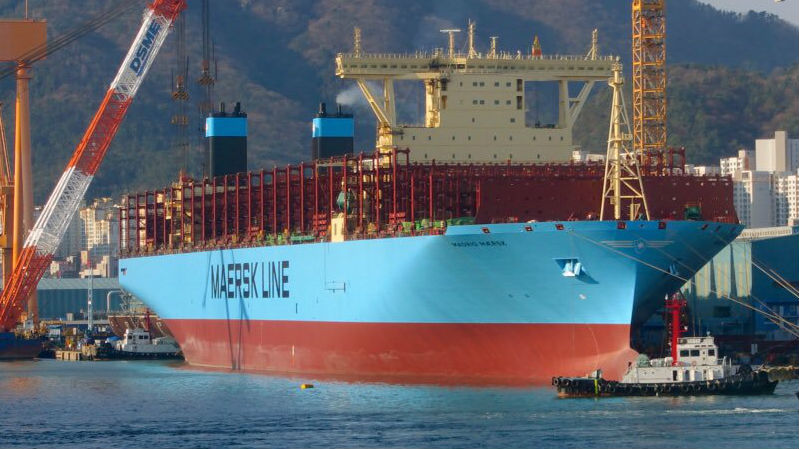 The 20,568 teu Madrid Maersk has secured the second place on the list based on the teu capacity, however it still holds the crown when it comes to dwt as it features 210,009 dwt capacity. Built by SHI’s compatriot Daewoo Shipbuilding and Marine Engineering (DSME), the colossal boxship has a length of 399 m and a width of 58.6 m. Madrid Maersk belongs to the 2nd generation of Maersk Line’s Triple-E class of vessels and is the first of 11 ships ordered from DSME back in 2015. 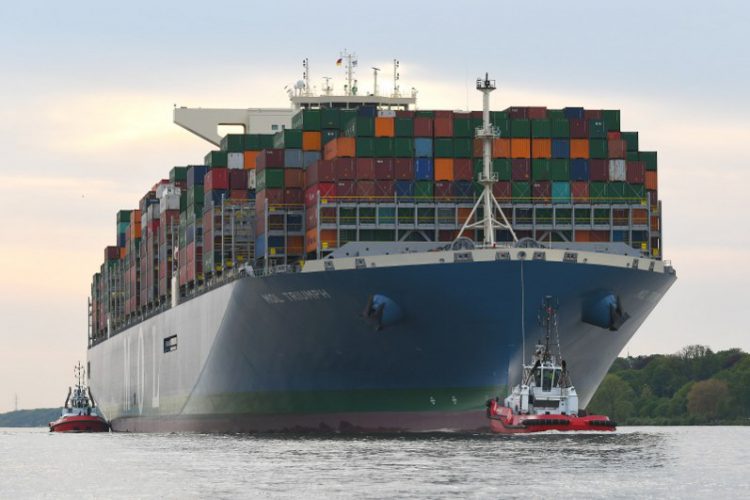 MOL Triumph, also a 2017-built ultra large containership has taken the number three position. With length of 400m, breadth 58.8m, and depth of 32.8m, the newbuilding is the first of four 20,150 teu containerships ordered by MOL in February 2015 from SHI. The sea giant is already halfway through its maiden voyage to Europe within THE Alliance’s FE2 service as it is currently in Hamburg. 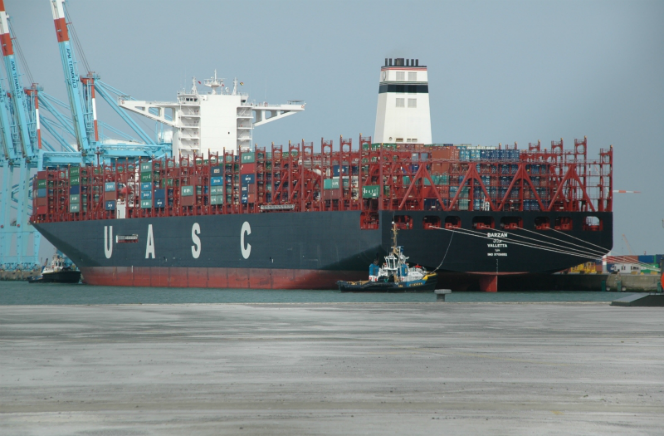 The latter part of our list continues with the 2015-built 19,870 teu Barzan, the container shipping industry’s first LNG-ready ultra-large container vessel, and the largest boxship in United Arab Shipping Company’s (UASC) fleet. Barzan has an overall length of 400 m, breadth of 58.68 m, depth of 30.6 m and a draught of 16 m. The Barzan is deployed on UASC’s AEC1 service between Asia and North Europe and is the first of a series of six 18,000+size teu ULCVs acquired by UASC for the Asia – Europe trade. 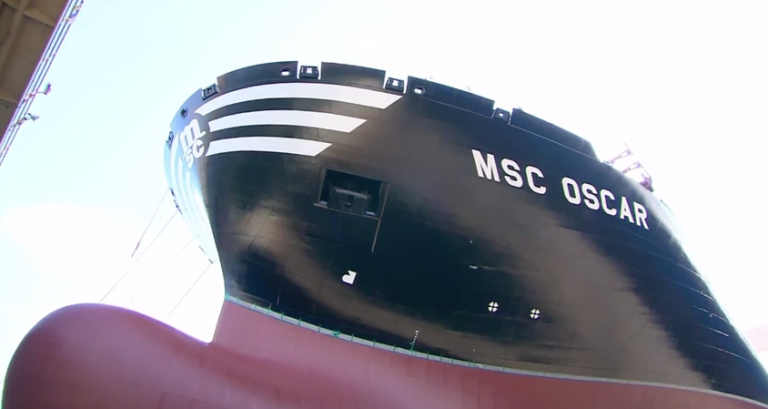 The world’s fifth largest containership is the 2015-built MSC Oscar boasting 19,224 teus and 19,362 dwts. Built by DSME, the vessel’s size is the equivalent of four soccer fields, featuring 395.4 m in length. MSC Oscar is the first of the series of six ultra large container ships (ULCS) of Olympic Series. The boxship is 59m wide with a draft of 16m. Initially specified at 18,000 teus, the ship was expanded during the building phase to add an extra tier above decks. 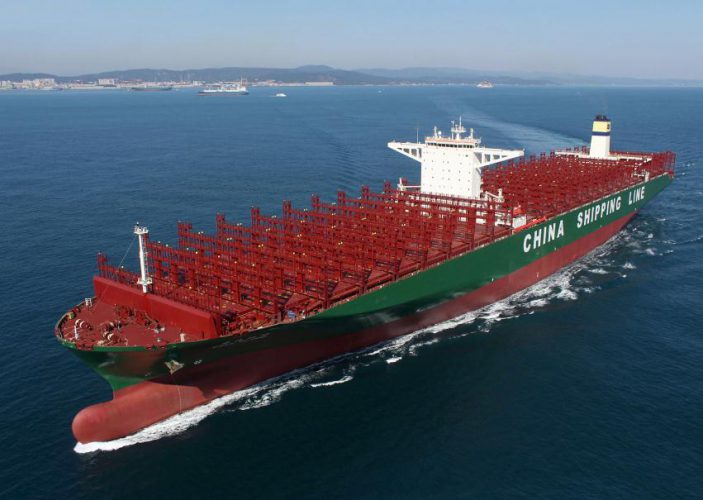 And last, but not least, is the behemoth 19,100 teu CSCL Globe. The megaship, also built by a South Korean shipbuilder, Hyundai Heavy Industries (HHI), measures 400 m in length, 58.6 m in width and 30.5 m in depth. The vessel is as large as four soccer fields, and is deployed on the Asia-Europe trade loop. The ship belongs to a batch of five same-sized ships owned by China Shipping Container Lines (CSCL).

However, each series can stow either 11 or 12 standard containers under deck (depending on hull depth), as well as a similar number of tiers on deck, with differing lashing bridge designs. Each also has different bay distributions due to the different placement of the deckhouse and engine room and funnel, Alphaliner added.