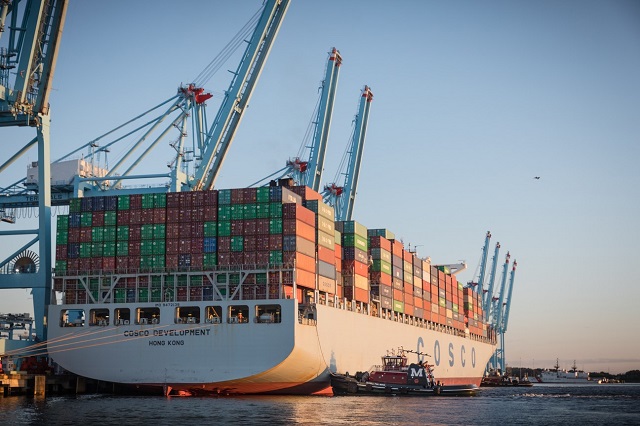 The Port of Virginia received the largest container ship to visit the U.S. East Coast on Monday.

Originally estimated to be at Virginia International Gateway in Portsmouth until Tuesday evening, the 13,092 TEUs COSCO Development‘s departure time has been moved forward, as she required less container moves that previously projected. Earlier estimates were in the 4,000 TEUs range. However, the actual numbers were close to 2,000 TEUs. John Reinhart, the executive director and CEO of the Virginia Port Authority, told The Virginian-Pilot that he believes that 4,000 TEUs will be more likely as the service continues.

Still, she was present for over 30 hours, while most container vessels berth there for 12-14 hours.

The previous record for largest container ship was held by the MOL Benefactor when it sailed to Norfolk International Terminals in Virginia last summer. COSCO Development breaks the previous record by 3,000 TEUs.

The ship’s next stop will be Savannah, followed by Charleston, her last East Coast port before heading back to Asia. The voyage didn’t include the Port of New York/New Jersey, the largest East Coast port, as its Bayonne Bridge only allows clearance of ships up to 9,800 TEU. New Jersey Governor Chris Christie announced last week that the $1.6 billion project to raise the bridge would be completed by June 30, six months ahead of schedule. Then ships up to 18,000 TEUs will be able to pass under it.

The COSCO Development set a record as the largest vessel to date to enter the expanded Panama Canal last week. She is the largest in both dimension and capacity to transit the Expanded Canal since it was inaugurated in June 2016. COSCO Development measures 366 meters in length and 48.2 meters in beam. Her length is equivalent to that of the Eiffel Tower or eight Statues of Liberty. She is over 100 feet longer that the U.S. Navy’s newest aircraft carrier, the Gerald R. Ford.

Last month, the U.S. federal government gave its approval for an agreement that allows the Georgia Ports Authority and the Virginia Port Authority to begin discussing ways the two ports can share information to position themselves as the U.S. East Coast’s leading gateways for containerized cargo. 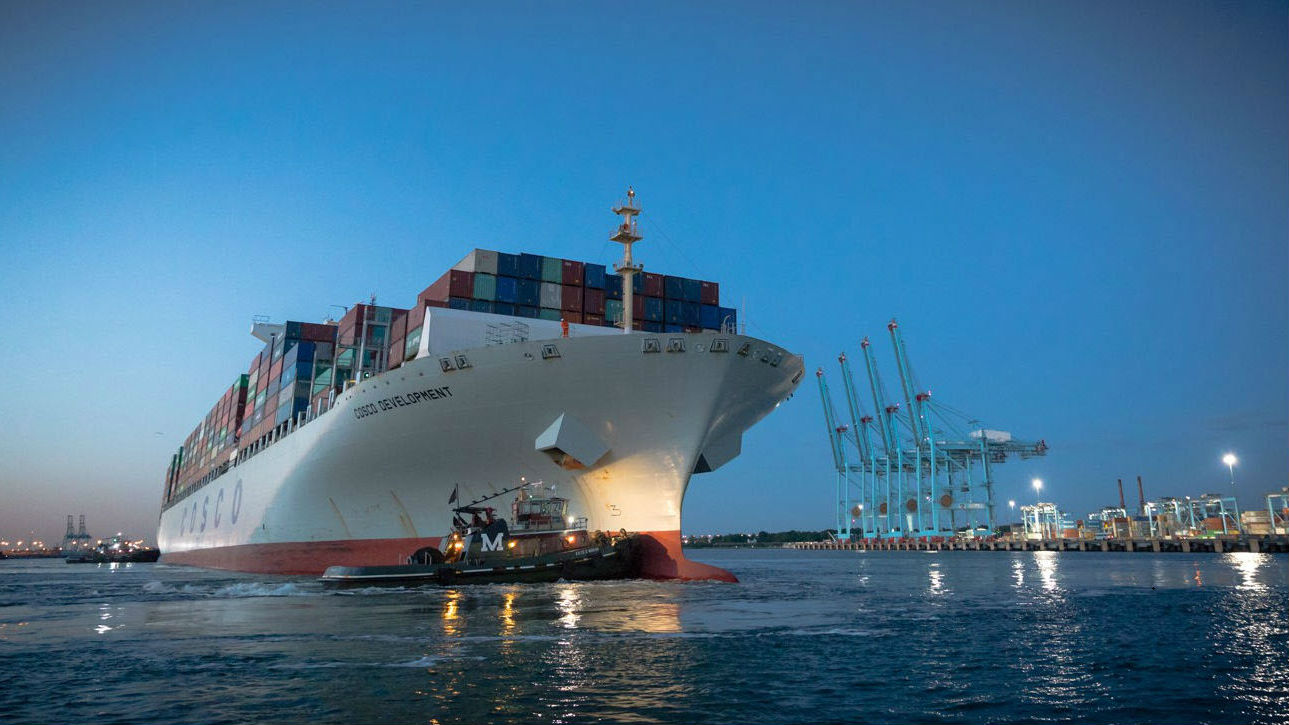