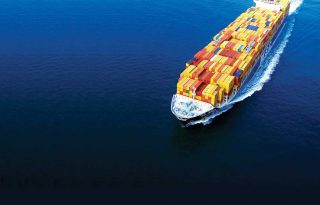 Although the container shipping sector saw a huge amount of consolidation in 2016 driven by the persistent pressure in the industry, the sector is still not that consolidated, according to Clarksons Research.

On the basis of start 2017, this fairly fragmented shipping industry counted 88,892 ships in the world fleet, which were spread across 24,267 owners. That works out at less than 4 vessels per owner, although 145 owners with more than 50 ships accounted for almost 12,000 of the vessels.

“The liner shipping business however is one of the more consolidated parts of shipping, as well as being home to some of the industry’s larger corporates,” Clarksons Research said.

At the start of the year, the 5,154 containerships in the fleet were owned by 622 owner groups, about 8 ships per owner, but were operated by 326 carriers, about 16 ships per operator. Each of the top 8 operators deployed more than 100 ships.

But despite the less fragmented nature of the sector, recent market conditions have led to another round of consolidation in the box business.

The three largest operators at the start of 2017 were European Maersk Line, with 647 vessels deployed, followed by MSC with 453, and CMA-CGM with 454 ships. Of the remaining carriers in the top 20 all but three were based in Asia or the Middle East.

However, out of the 20 largest carriers back in late 2014, four are now gone. CSAV was acquired by Hapag-Lloyd, NOL/APL by CMA-CGM and the two major Chinese lines merged. And of course in late summer 2016, the financial collapse of Hanjin Shipping marked the sector’s biggest casualty in 30 years.

Against this backdrop, the latest wave of box sector consolidation is actually part of a long-term trend, Clarksons informed. The coming year is set to see Hapag-Lloyd complete its merger with UASC, and Maersk Line’s planned acquisition of Hamburg-Sud is also awaiting necessary approvals. The second half of last year also saw the three major Japanese operators declare their intention to merge containership operations in a joint venture due to be established this year and start operations in 2018.

The ‘scenario’ based on these changes would see the top 10’s share at 79%, nearly twice as much as 20 years ago.