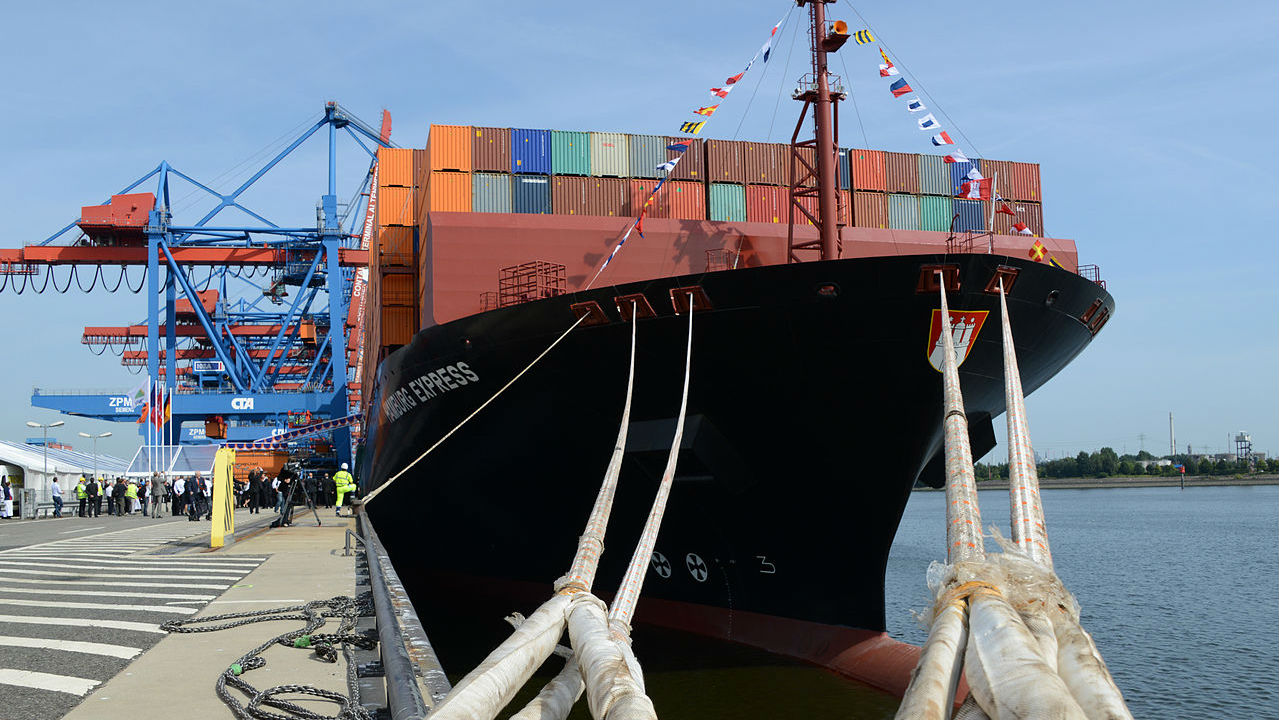 On Wednesday, Hapag-Lloyd completed its long-awaited merger with UASC and turned its attention to integrating the world’s twelfth-largest container line into its business.

The merger is expected to reduce overhead by about $430 million annually, and Hapag-Lloyd says that it will relieve the need to invest in newbuildings for several years. The combined entity will control more than seven percent of the world’s capacity by TEU.

CEO Rolf Habben Jansen notes that Hapag will retain its leadership in Latin America and the Atlantic, and will now have a particularly strong position in the Middle East thanks to UASC’s regional presence.

The parties agreed to the merger last July and it was scheduled to be finalized by the end of March, but issues related to UASC’s creditors prevented Hapag from completing it until this week. The operations of all 45 UASC services and 58 UASC vessels should be fully integrated into Hapag’s service routes by the fall of 2017. At that point, all transactions that currently occur on UASC’s IT platforms will shift over to Hapag-Lloyd’s systems.

“Hapag-Lloyd has long-term and extensive know-how when it comes to acquisitions. By merging with the Canadian shipping company CP Ships in 2005 and, more recently, with CSAV in 2014, we have demonstrated that we are able to combine businesses and integrate them quickly, efficiently and profitably,” said Jansen in a statement.

The ownership of the new Hapag-Lloyd remains concentrated in Chile and in Europe – CSAV is the largest shareholder, the City of Hamburg comes in at second place and Swiss-German investor Klaus-Michael Kuehne takes third – but it now includes significant stakes for the Middle Eastern governments that had investments in UASC. Qatar holds about 15 percent, Saudi Arabia has about 10 percent and a variety of other Gulf States have a combined four percent.

These percentages represent current ownership stakes, without taking into account a planned rights issue that will raise new capital to strengthen Hapag’s balance sheet. The controlling shareholders have committed to buy at least $400 million of these new shares, which will offset recent losses and prepare the firm for growth. Hapag-Lloyd lost about $100 million in 2016 and another $70 million in the first quarter of 2017, despite improving revenue and EBITDA numbers.

“Even though we performed relatively well in the industry in 2016, the bottom line is still that this result is not satisfactory,” said Jansen in announcing the annual results. “We expect some market improvement in 2017, but our success will largely depend on our ability to achieve more sustainable freight rates.”